Skip to Main Content
It looks like you're using Internet Explorer 11 or older. This website works best with modern browsers such as the latest versions of Chrome, Firefox, Safari, and Edge. If you continue with this browser, you may see unexpected results.

William Allen Egan, Alaska’s first governor, was born on October 8, 1914, in Valdez, Alaska. He earned an honorary LL.D. from the Alaska Methodist University in 1965, and the University of Alaska in 1972. Before entering politics, he served in the U.S. Army during World War II, worked in a mine, was a pilot, and owned the Valdez General Store. Egan was elected to the Alaska Territorial House in 1941, served for ten years, and was speaker in 1951. He was mayor of Valdez in 1946, a member of the Alaska Territorial Senate form 1953 to 1955, and a delegate and presiding officer to the Alaska Statehood Constitutional Convention from 1955 to 1956. On June 30, 1958, Congress approved the Alaska Statehood Act, and consequently, Egan ran and was elected the state’s first governor. He was reelected to a second term in 1962, ran unsuccessfully in 1966, and was reelected to a third term in 1970. During his administrations, he worked to harness Alaska’s immense natural resources, and started the state on an era of expansion and transition. He ran for reelection in 1974, and was barely defeated by Jay S. Hammond. William Allen Egan died on May 6, 1984.

Additional resources about the life and legacy of William Egan. 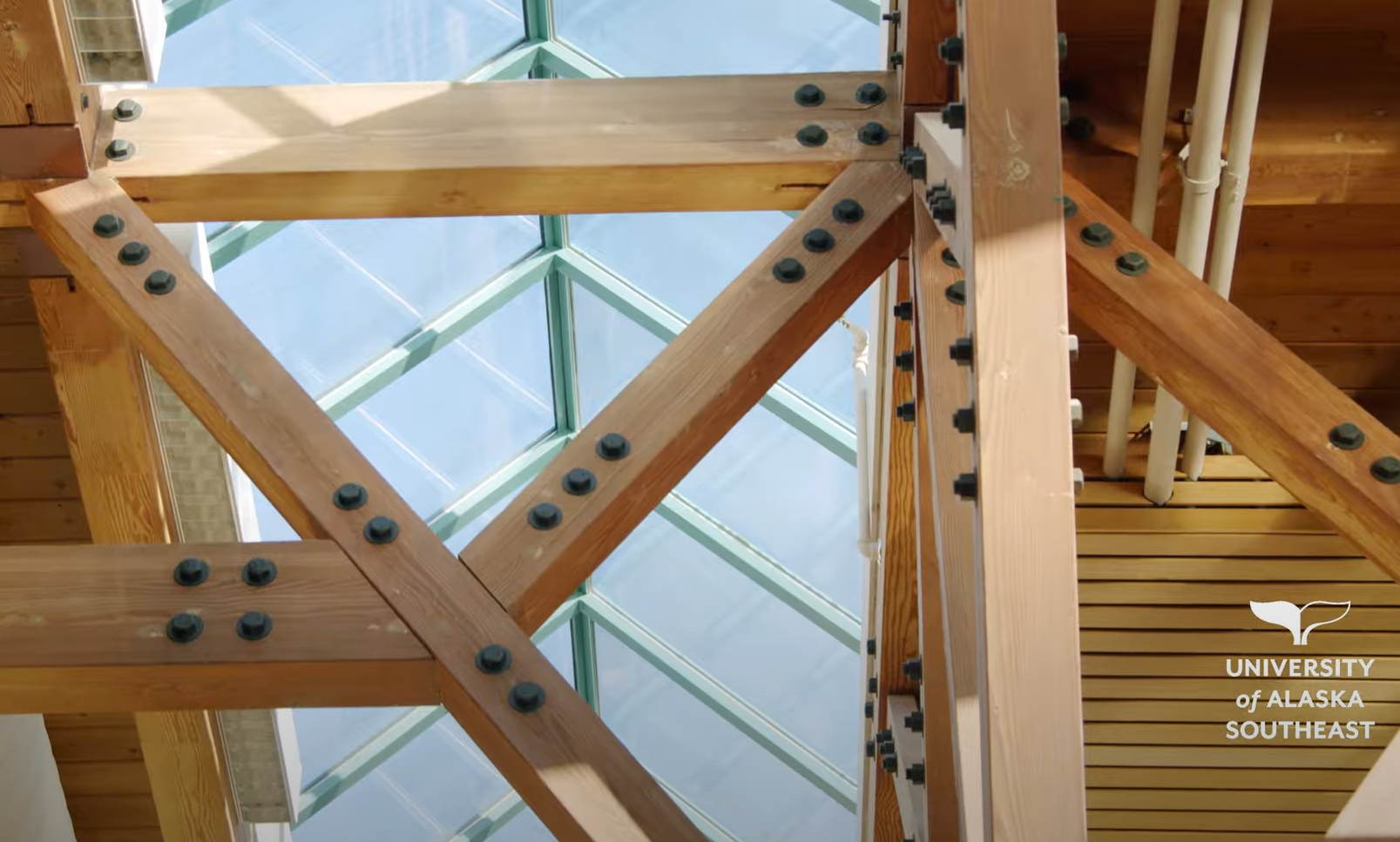 Named after William Allen Egan, the 50,000-square-foot University of Alaska Southeast library opened in 1990 on the Juneau Campus. The architectural firms BOOR/A and Jensen Douglas jointly designed the facility and won a 1991 Honor Award for Excellence in Architecture from the American Institute of Architects for it. Skylights and expansive two-story windows provide natural daylight as well as views of Auke Lake and the surrounding rainforest. The facility is worth visiting for its unique and attractive architecture alone but don't miss the collection of Northwest Coast Native Art (PDF) by renowned Alaskan artists it houses, including wood carvings, basketry, and Ravenstail weaving. A grizzly bear skeleton, cleaned and prepared by a former student, is also on display.